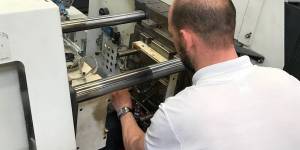 THE TOOLS CORNER – For the second article in our new series, the author offers a guide to the origins and use of one of lean’s most important tools: SMED.

HOW DOES IT WORK?

The real aim of SMED is “one touch, one breath” change-over – a tool change that happens at one touch, in the time it takes to take on breath.

WHY WAS IT IMPORTANT FOR TOYOTA?

With seed money from the sale of an automated loom patent, Toyota’s early engineers learned to build a car from scratch in pre-War Japan (which meant developing the machinery and the metallurgy as well). Then, after the War ended, the same crew built factories on paddy fields.

Although they understood car design and production inside out, they realized they would never have the volumes to compete with US mass market economies of scale. They somehow concluded they needed to be nine times more productive to be cost effective. Since Japanese workers worked just as hard as American workers, they looked at the process. They soon realized that if they could build all car models on the same line, they could reach enough volume to be productive.

Ford’s brilliant idea was to standardize technical processes to eliminate “fitters” on the line – low-skill workers could assemble standard parts on a line without having to rework them. Parts arrived in bins, and if one didn’t work out, the worker could simply take another one.

The production line was a brilliant design for a single model assembled in sequence on a conveyor, fed by machines that mass produce standard parts at high rates. Productivity was measured in terms of increasing the number of parts produced on one machine in the same amount of time.

If the secret to volume was assembling several models on the same line, the line concept didn’t work so well. What was needed now was small quantities of parts delivered just in time following Kanban pulls.

This meant that upstream processes, such as stamping presses and so on, now needed to do much shorter production runs, which meant more change-overs, and more time lost to changing tools (always a delicate operation with large or complex machinery).

They saw, somewhat counterintuitively, that standard work was the key to flexibility – learning to switch quickly and safely from A to B.

At the time, Shigeo Shingo, a consultant teaching kaizen courses at Toyota, got involved and saw that the company was trying to achieve Just-in-time by 1) exploiting small lot production to the utmost, 2) cutting setup change-over times drastically (in addition to making it possible to conduct small lot production, this would improve flexibility in responding to change), and 3) extending equalization, synchronization, and one-piece flow to the entire process to achieve extremely short-term production. Looking at the different kaizen efforts by Toyota shopfloor operators and engineers, Shingo came up with a formal method to reduce change-over time with the goal of reducing the time needed for every change to under 10 minutes – the Single Minute Exchange of Die.

WHY IS IT SO CLEVER?

Next to Kanban, SMED is probably the single most important lean tool, because it is the key to flexibility – it represents the first disruption that led Toyota to release capacity and cash (by reducing inventory) and forced it to drastically improve process capability in order to make the first part a good part. Careful, however: SMED won’t make any sense if you simply try to use the freed-up time to do more batch production, as opposed to reducing lot size.

Here’s the big idea – whatever your occupation, whether you are a manufacturer or a writer, the lean strategy here is to add one more product type to what you’re currently doing in order to offer your customers a wider range. If you write books, as I do, this means now writing blog posts or doing videos.

In doing videos, for instance, there is quite a long set-up time to get the equipment in place, film several takes until you get it right, and so on. This means that the time from the last good part – say a blog post (which needs to be edited, corrected, etc) – to a first good part – the video you will finally use – is very long. In that time, you’re not adding value elsewhere.

The SMED methodology will give you a standard way to prepare everything you need to shoot the video beforehand. It will make you realize that standing in front of a camera without a clear script in mind is not such a good idea, since it will lead to different takes. You can externalize this by preparing the script in advance. You’ll then learn to film to make the editing process easier – to reduce the overall time between the moment you hit the “record” button to the moment your video is published. This saved time can be used to, say, write or edit another post: you’ve gained in flexibility, which translates into productivity – and this applies to whatever job you do.

What you do with the saved time capacity is up to you, but it is essential time to come up with creative new offerings without burdening a new product with the full weight of an inflexible single-product process.

SMED is the entry ticket to lean: it means increasing your product range by increasing your flexibility on the same production resources by learning to change faster from last good part to first good part. Standardization builds confidence and agility, and eliminates waste. 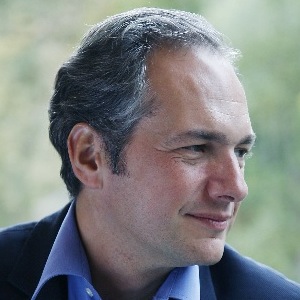 Michael Ballé is co-founder of the Institut Lean France. An associate researcher at Telecom ParisTech, he holds a doctorate from the Sorbonne in Social Sciences and Knowledge Sciences. Michael is a best-selling author and an engaging speaker, and managing partner of ESG Consultants. He also works as a lean executive coach in various fields, from manufacturing to engineering, services to healthcare. His latest book, The Lean Strategy (co-authored with Dan Jones, Jacques Chaize and Orry Fiume) is available here.